Welcome! Ecomedes is the way to find the right product for you and the envionment. Learn about products' contributions to standards such as LEED and WELL by clicking Document Contributions. 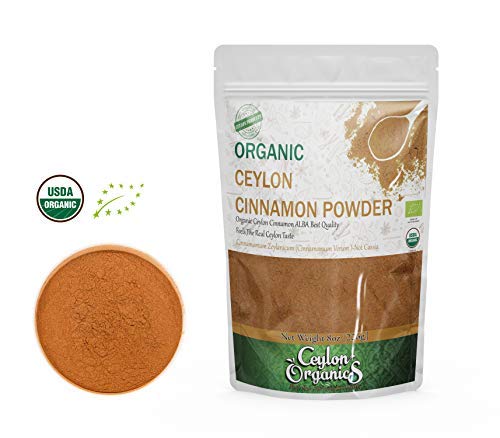 Ceylon Cinnamon dates back thousands of years as it was not only used as a spice, but in traditional Chinese medience as well. Native to Sri Lanka, the Cinnamomum verum, called "true cinnamon tree" or Ceylon cinnamon tree is a small evergreen tree in which its inner bark is used to make cinnamon. Our Cinnamon comes directly from the Ceylon cinnamon tree which is harvested from the “mature” portion of the trunk by stripping off the bark and rolling it inside of the other. After being dried at low temperatures, it is carefully milled into fine powder to retain the high nutritional value and allows for maximum digestion and absorption when consumed. Cinnamon can be enjoyed in a variety of ways. It’s mild, sweet taste is perfect for cookies, cakes, coffee, oatmeal, and breads as well as curries, sauces, vegetable dishes, mulling wines, mulling apple cider and punches. Our Healthworks Organic Ceylon Cinnamon Powder is raw, pure, all-natural, vegan, and has low levels of coumarin, making it a great addition to any lifestyle. Healthy and delicious - add Cinnamon powder to your diet and reap the benefits! TRY WITH: Coffee, Smoothies, Baked Goods, Oatmeal, Puddings, Energy Balls, Mulled Drinks, Mixed into Tea & more! ⚠️WARNING: This product can expose you to chemicals including lead, which is known to the State of California to cause cancer or birth defects or other reproductive harm. For more information go to: www.P65Warnings.ca.gov.

The information contained in this site was provided by the producer and/or certifier and we endeavor to keep the information up to date and correct. ecomedes make no representations or warranties of any kind, express or implied, about the completeness or availability of the product information on the site for any purpose. We encourage users to contact the producer or certifier directly for additional details. It’s important to note that no products individually or collectively, can guarantee a specific number of points for LEED, WELL, GreenGlobes or LBC certifications.

What's next? Add this product to a project and produce LEED documentation, WELL or if a product meets Federal Guidelines.